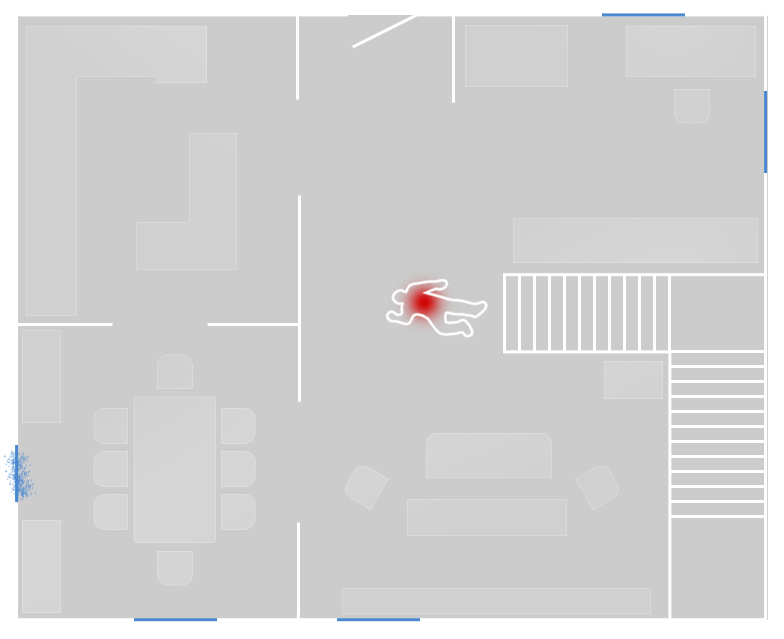 On arrival at (anonymised) we talked to (anonymised) and (anonymised). The officer reported broken window on west side of the building. We entered the house after technicians secured the evidence. (anonymised) was found dead on the ground floor at the bottom of the stairs, her husband, (anonymised) was found upstairs. Both had head injuries that looked like probable cause of death. There were blood spatters on the walls above stairs and on the floor next to the victims.

Murder weapon was not found on the crime scene, we found no signs that the murder weapon belonged to the household.

We checked the dining room and broken window, but it does not look like this was the way of entry for the perpetrator or perpetrators. The glass in the window was broken, but most of the shards landed on the outside, which suggests that it was staged to suggest breaking and entering.

In the office room, located next to front door, there were papers lying next to the desk and some of the drawers were open. Upstairs there were signs that whoever entered the house was looking for something in the wardrobes, although there were no signs of struggle.

On the driveway leading towards the house we found only tire marks of a car that belonged to the victims, a 2003 Ford Taurus wagon, brown, registration plate 6822 TE, that was parked next to the house. Inside of the car we have found an envelope hidden under road map inside glove compartment. Inside the envelope we found $5,000 still wrapped in banknote strap. 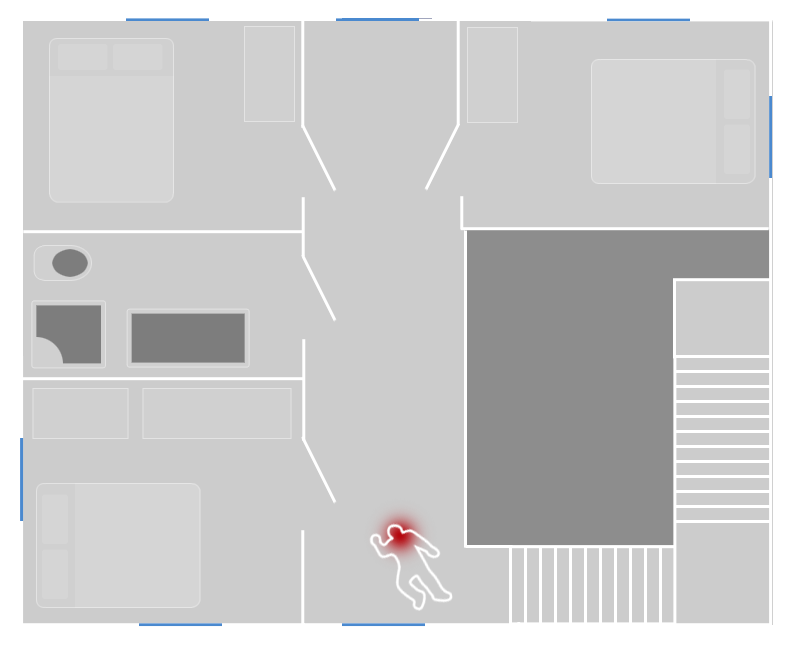