The fingerprints belonging to (anonymised) were found on the edge of the door to the office of (anonymised). Their location suggest that he put his right hand on the open door, most probably leaning over the doorstep from corridor into the office. There are no other prints on the door, the door handle was swiped clean.

All clear fingerprints found on the (anonymised) desk next to computer, on the keyboard and the desk drawers belonged to the victim.

On the light switch in (anonymised) office we found only the fingerprints of (anonymised).

On the surfaces of the cabinets in kitchenette located between two private offices there were fingerprints of all the staff, especially of (anonymised). 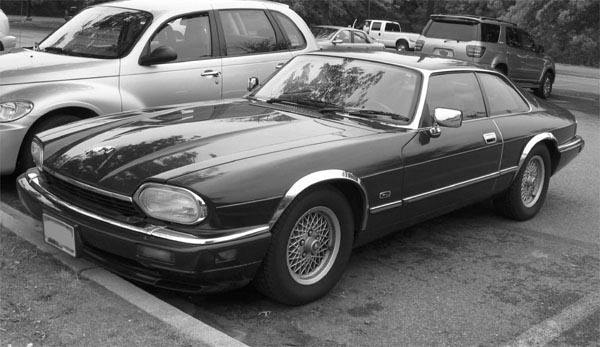 A 1990 Jaguar XJS, metallic red. Parked on the (anonymised) parking lot. Search of the car revealed the fingerprints of (anonymised) on steering wheel and gear lever and unknown fingerprints on the dashboard. The trunk contained small drops of white substance identified as mixture of lime and sand similar to the lime plaster. 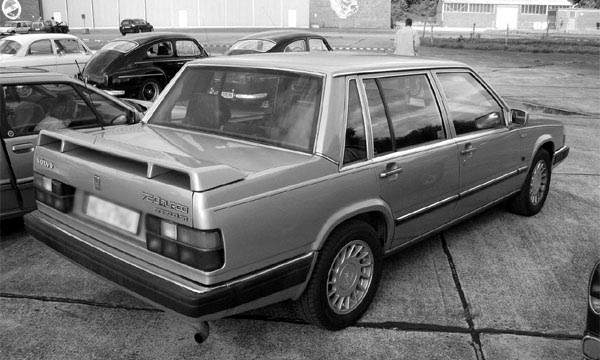 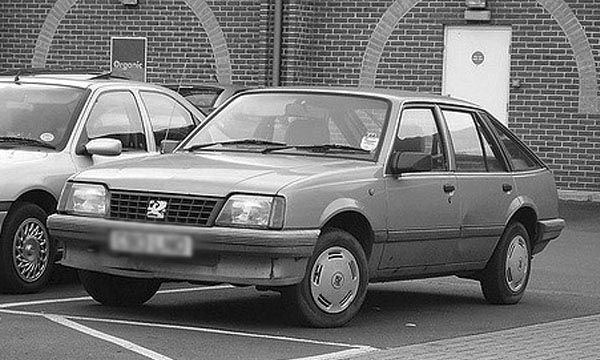 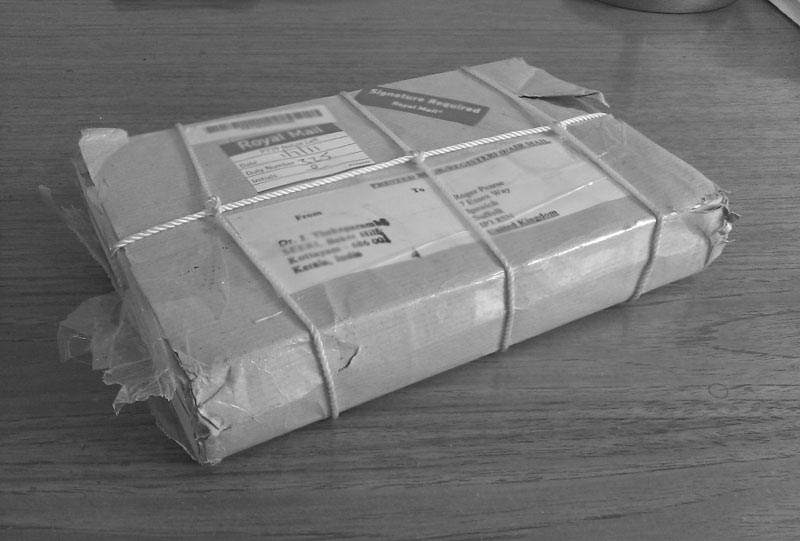 Small parcel addressed to (anonymised), (anonymised) 302. Dimensions 35 x 20 x 3 centimetres (11 x 8 x 2 inches). After opening by the (anonymised) owner the content of the parcel proved to be set of manuals ordered by him.

Since (anonymised) used chemical agents to get rid of the white substance spilled on the stairs we were unable to determine precise formula, but most likely white substance was watery solution of lime plaster, similar to plaster used in building, available in any hardware store or market for builders. 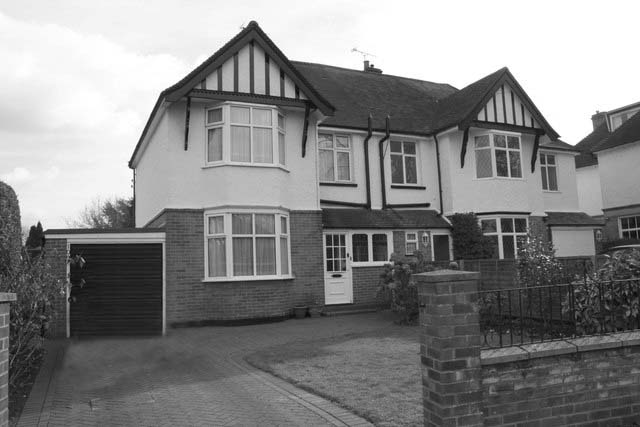 We have searched the house belonging to victim and his wife, but found nothing useful in the investigation. There are no clear signs of any violence taking place in the household, like blood stains or any damage to the interior or exterior.

We searched the room (anonymised) was using as his study, in the desk drawers we have found several notebook containing different notes about programming solutions. Computer used by the victim in the study contained only different versions of (anonymised) Omni, but latest of them was from December 1991. We have found one version of Vector Solutions 1.0, but we were unable to determine how company Vector Solutions would be linked to the victim. Also we did not found any trace of such company being registered in United Kingdom.

It looks like (anonymised) and (anonymised) were sleeping in separate bedrooms, but nothing else in the house would suggest problems in their relationship - quite recent photos from their vacation in Spain were found in the living room on the mantelpiece.

We have searched the garage and small garden attached to the house, but found nothing that would be useful in investigation. 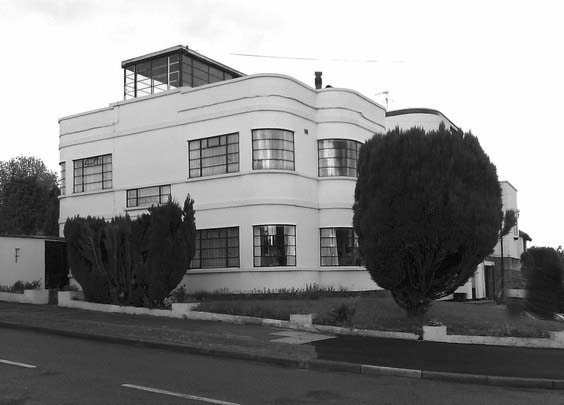 We have searched the house belonging to (anonymised), but found nothing that would be useful in the investigation. The house has attached garage and front garden, but we did not found anything that would suggest any violence taking place inside or outside the house, like blood stains or damage to furniture or walls. Rear of the house was recently renovated. 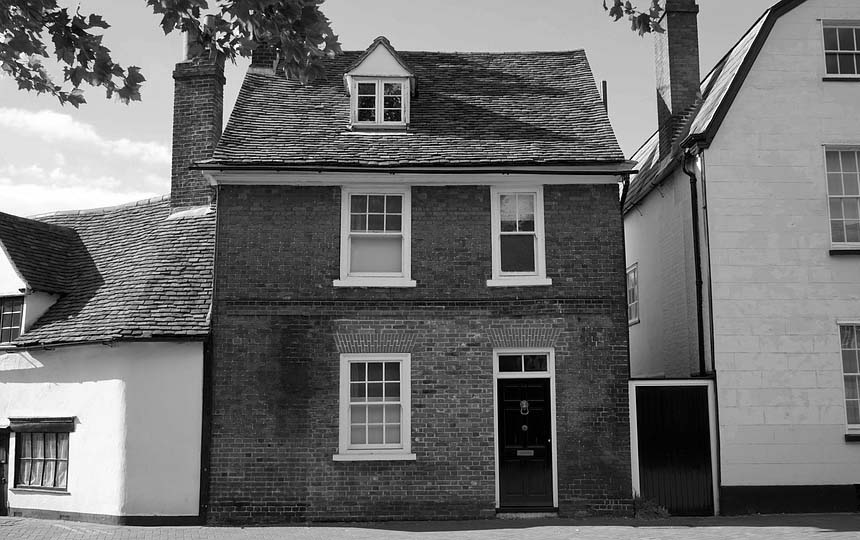 (anonymised) lives together with her mother, (anonymised) who spends most of the time in the house due to health problems. 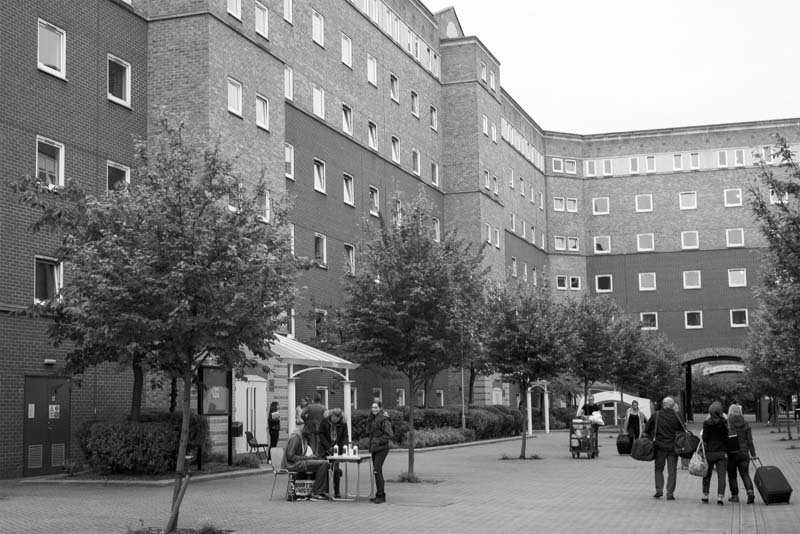 We have searched flat belonging to (anonymised) and (anonymised), but found nothing that would be useful in the investigation. None of the materials found in the flat could be linked to (anonymised) nor the victim. 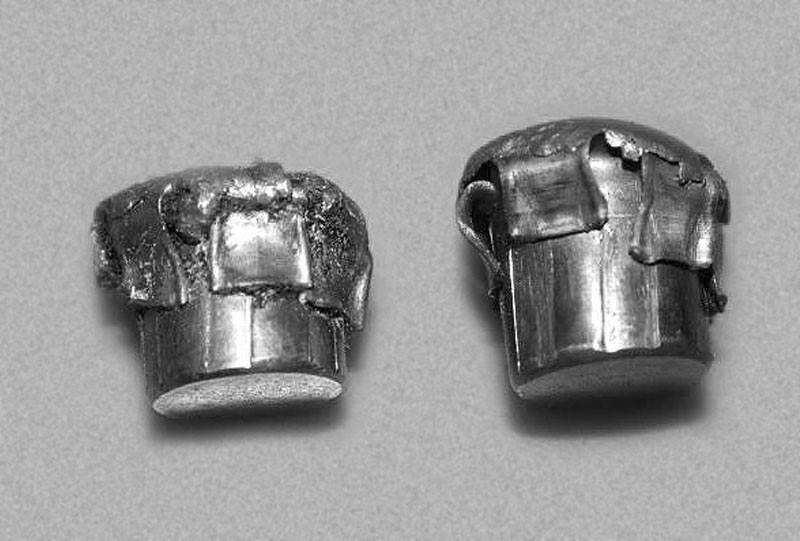 Both bullets found in body of the victim were shot from same gun, 9mm caliber, widely used in many types of handguns. Since we don't have the shell cases we can only speculate, but since bullets lost most of the impact power while colliding with bones it would suggest low gunpowder cartridges or shots from long distance.

Lack of the gunpowder residue on the victim's clothes suggest that the shots were fired from at least 2 meters away, which would put the shooter in the doorstep of the office or further away from the victim. The longest distance available inside the office would be around 7 meters while shooting through the opened doors from the office belonging to (anonymised), but at that distance the accuracy would be much lower and the it would be too risky for the shooter.

List of incoming calls on 20th May 1992 from (anonymised) office phone extension.

List of outgoing calls on 20th May 1992 from (anonymised) office phone extension.

List of incoming calls on 21st May 1992 from (anonymised) office phone extension.

List of outgoing calls on 21st May 1992 from (anonymised) office phone extension.

The insurance policy was signed by (anonymised) on 11th November 1991.


The insurance policy was signed by (anonymised) on 11th November 1991.

Police technicians have checked the contents of (anonymised) computer that was found in his office. It seems that he was using it for professional purposes only, on the hard disk we have found several versions of (anonymised) Omni, program that was the main product of company distributed among their clients and used by them as package for business management. First version, 1.0, was dated in 1990, when company was established, latest version, 3.1, was dated on March 1992 and since then it seem not much was going on with that project.

We have found the additional material in directory protected by password. After surpassing the protection we have found different program, similar to (anonymised) Omni, but with wider range of available options and called Vector Solutions 1.0. So far we were unable to find any informations about company called Vector Solutions, there are no signs of such company being registered in United Kingdom.

We have checked content of e-mail accounts of (anonymised), but it seems he mainly used them to receive newsletters from several IT news message boards, although we haven't found any signs of his activity on those message boards.